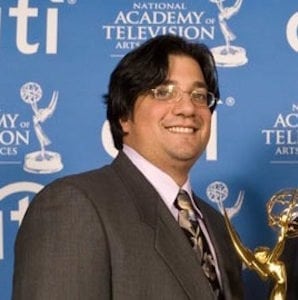 David Bhagat has been in the film and television industry for 23 years.  He holds a degree from New York University’s Tisch School of the Arts. Upon graduating David began his career working for various production companies including Showtime, Unapix, Picture This, and several independent productions.

For the last 20 years, David has worked for CBS News. He started in their documentary production unit working on various cable documentaries for channels like A&E, Discovery, TNN, TLC, and the Food Network. In the summer of 2000, David joined the team at Sunday Morning.

In August of 2011 he was promoted to Supervising Editor for the show. For over a decade now he has been in charge of Sunday Morning’s Moment of Nature segment not only editing and producing the segment but also as an occasional videographer. 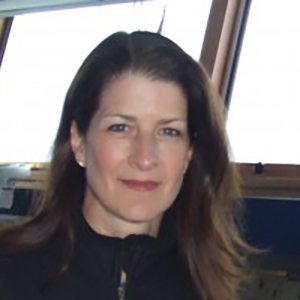 Deirdre Brennan is an Emmy award-winning decorator for television, film and theatre. Her passion for wildlife and conservation led her to form Castletown Productions to make films about rare and endangered wildlife. Her first films, Bermuda’s Treasure Island and Sceillig and Bermuda, A Last Refuge, highlight the amazing rediscovery of the once thought extinct Bermuda petrel, or Cahow. Both films won awards at the International Wildlife Film Festival in Missoula. For the past 8 years, she has traveled throughout the North Atlantic with an award-winning team to tell the story of the disappearing wild Atlantic salmon. She partnered with the Atlantic Salmon Federation and other key international salmon organizations, salmon scientists and conservationists to make the film and hopes it will raise awareness and inspire audiences. 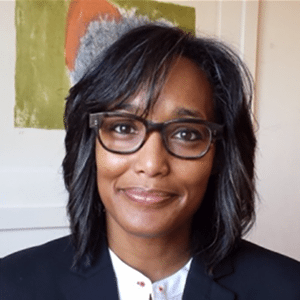 Natalie Cash is the Executive Producer in charge of video production at Wildlife Conservation Society (WCS), an international conservation organization with more than 3,000 field staff in 65 countries.

With two decades of experience in the industry, Natalie produces short-form programming about WCS projects and stories for multiple platforms. Her films have won awards at the International Wildlife Film Festival and New York WILD Film Festival and selected as finalists at Wildscreen and the Jackson Hole Wildlife Film Festival. Prior to joining WCS, she was a series producer and writer at the Emmy Award-winning documentary production company Pangolin Pictures. 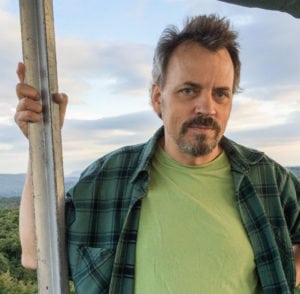 Anton Seimon leads research programs on a diverse range of themes in the Earth, Atmospheric and Environmental Sciences. For 25 spring seasons Seimon has chased storms across Tornado Alley of the central US. With National Geographic funding he led the El Reno Survey, a crowd-sourcing project to study the 2013 El Reno, Oklahoma tornado, the largest and among the most intense ever documented. His team compiled video footage from scores of storm chasers in an online visualization tool, the Tornado Environment Display.

This database became the basis for Inside the Mega Twister, a documentary produced by National Geographic Studios. The tornado project has now extended to a field program, supercomputing simulations and visual investigations into the tornado formation process.

Seimon is Research Assistant Professor at Appalachian State University, Adjunct Assistant Professor at the University of Maine’s Climate Change Institute and teaches climate science at the Center for Environmental Policy at Bard College. When not roaming the plains seeking out elusive columns of rotating water vapor with his wife Tracie and their two hounds, he researches climate change impacts in alpine watersheds in the Peruvian Andes; studies present-day and past tropical Andean climates; and works with conservationists to plan for climate change in tropical Africa using high-resolution Earth System models. His research has been featured in National Geographic’s Magazine, website and several television documentaries. 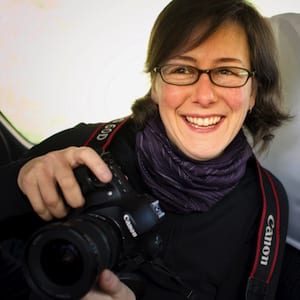 An experienced mountaineer, Tracie also leads a long-term monitoring initiative focused in the high alpine regions of the Peruvian Andes to reveal how amphibians are adapting to climate change and infectious disease. She loves to photograph all life forms and natural phenomena, and travels with her family to tornado alley in the US Great Plains every year to study and document severe storms. 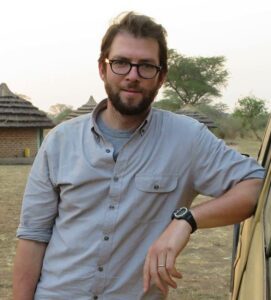 Tim Sohn is a freelance journalist based in New York and a longtime Correspondent for Outside Magazine. His writing has focused on the natural world, conservation, and adventure, and he has written for a wide array of additional publications, including Men’s Journal, New York Magazine, The New Yorker, Harper’s, Wired, Smithsonian, and The New York Times. He has received a MacDowell fellowship and his work has been anthologized in several books.

Tim’s assignments have spanned a wide array of subject matter and taken him all over the world, from the highest summit in the Americas to the Navy SEALs obstacle course to hosting a documentary for the Travel Channel in Papua, Indonesia. For many years, he spent his summers in the remote Bristol Bay region of Alaska, working as a commercial salmon fisherman and reporting on the long battle over the Pebble Mine, a proposed copper and gold mine that would threaten the world’s last great wild salmon run. He is currently turning his years of reporting into what he hopes will be his first book, a nonfiction account of the efforts of local tribes, fishermen, and other stakeholders to block the proposed mine and preserve their intact ecosystem and its remarkable abundance of salmon.

Tim lives in New York with his wife, splitting their time between Brooklyn and the Hudson Valley. 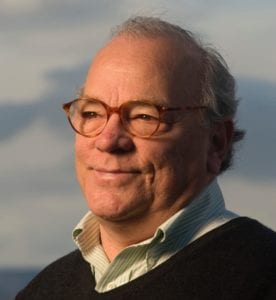 Scott Willis is a 35-year veteran of the News, Current Affairs and Documentary world. He is the winner of twelve National Emmy awards and two DuPont Columbia awards for projects that range from “Gorbachev: The Final Hours” (1991), “The Anatomy of a Riot – Los Angeles” (1992) to “The Woodmans” (2010), a portrait of a family’s fall and redemption in the sometimes brutal world of art. The film won the award for best New York Documentary at the 2010 Tribeca Film Festival as well as the 2012 Emmy award for “Outstanding Arts & Culture Programming”.

Prior to establishing his company C Scott Films in 2001, Mr. Willis worked for eleven years as Senior Producer for ABC News Nightline. From 1981 to 1984 Mr. Willis was ABC News Producer based in Israel and from 1984 to 1989 worked as Producer in ABC’s London bureau.