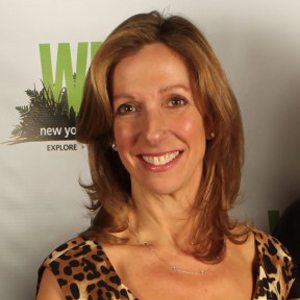 Filmmaker, passionate conservationist, avid sailor and scuba diver, Nancy Rosenthal made a variety of award-winning films about the natural world for National Geographic before exploring contemporary issues and the performing arts as subjects. The independent feature film Last Dance Nancy worked on was shortlisted for an Academy Award.

Her talent for discovering films that tell powerful stories in new ways, combined with her keen eye for up-and-coming filmmakers, makes her a frequent juror for film festivals around the world. A kindred spirit with all adventurers, Nancy strongly believes in the power of film to engage New Yorkers in exploration, conservation and environmental advocacy, hence the founding of the New York WILD Film Festival.

She is an active member of the Explorers Club, Co-Chairing the Explorers Club Annual Dinner (ECAD) in 2016. She joined a flagged expedition to Papua New Guinea for a documentary film project, HeadHunt Revisited. Nancy is also a proud Trustee of Egan Maritime Institute in Nantucket, MA. 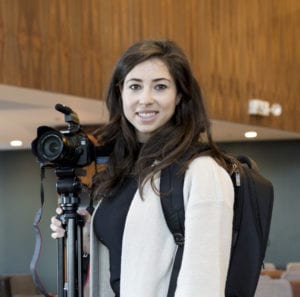 Brianna Rowe is an environmental educator and digital storyteller. She has traveled on academic and filmmaking expeditions in East Africa, Central and South America, the Caribbean, the Arctic, and Southeast Asia. She has filmed live volcanos, explored underwater in a submarine, interviewed local communities, crossed glaciers, and researched wildlife. She developed two conservation impact programs: Disappearing Ice and Disappearing Elephants. Brianna holds a Bachelor’s degree in International Development from McGill University and a Master’s degree in Human Rights Media from The New School University.

Brianna joins New York WILD with experience at the global education non-profit Reach the World and the WWF-Hong Kong. She leads filmmaking expeditions for youth at National Geographic Student Expeditions and serves on The Explorers Club Board of Directors. Her work has been featured in Teen Vogue, VICE, and The New York Times. 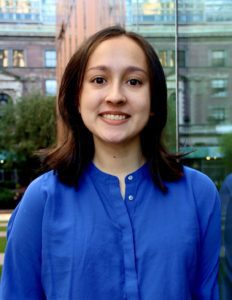 Saskia Ghosh is a graduate of Barnard College of Columbia University with a Bachelor’s Degree in Anthropology.  Her senior thesis explored how aging influences climate change perceptions, finding that Manhattan senior citizens hold a unique generational perspective which should be utilized in mitigation strategies. She interned at the American Museum of Natural History for two years, mentoring high school students for the museum’s Science Research Mentoring Program, and writing curatorial notes on African textiles, sculpture, and masks. She has also excavated at archaeological sites in Pelham Bay Park and Dixon, New Mexico.

Saskia joins New York WILD with experience at Barnard’s Athena Film Festival. Her passion for documentary filmmaking arose from her interest in film as a medium for anthropological inquiry. She interned with​ the documentary production company Blowback Productions and worked as a casting assistant for the documentary and musical Stu for Silverton. 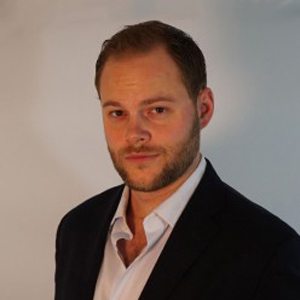 Darren Gunnar Peterson is a multimedia artist with a background in the study of life through sculpture. He brings his artistic background to film as a director and manager through animation and an eye for cinematography. His work has been featured in network commercials, YouTube campaigns that have garnered over 30 million views, and digital modeling and animation for major franchises that have earned industry accolades. Darren is an avid world traveler and lover of the outdoors. This is Darren’s third year managing AV for the festival. He created the New York WILD logo animation and the 5th anniversary video “Five WILD Years.”

Special Thanks to our WILD Volunteers 2019!